Canada is located in the northern part of North America. It spans 9,98 million square km (3,85 million miles square), making it the second largest nation in the world by size, with 10 provinces and three territories extending from the Atlantic to the Pacific and northern into the Arctic. Canada southern frontier with the USA is the highest bi-national land border worldwide with a geographic area of 8,891 kilometres.

Canada has the world’s 17th highest nominal per capita income, as well as the 13th highest ranking in the Human Development Index. Canada’s advanced economy, with its abundant natural resources and well-developed international commercial networks, is the tenth-largest in the world.

Benefits of Studying in Canada

1. Global Ranked Institutions – Top Universities
Canadian degrees are internationally recognized as being equivalent to United States and Commonwealth Countries. It offers one of lowest tuition fees among other English speaking countries with on par education standards. Canada provides affordable degrees and certificates in both academic and vocational fields and is a home to several top universities worldwide.
2. Bilingual Country
Expect to improve not only your English but also your French speaking skills along the way!
3. Part time Work Opportunities

4. Post Graduate Work Permit
This work license can be issued for a maximum term of three years upon completion of the study program. A full time student who has completed a four-year program may be qualified for a post-graduate three-year work permit, whereas a student who has completed a 12 months program may qualify for a 12-month post-graduate work permit.
5. Pathway to Canadian Permanent Residence
Skilled graduates who have skilled Canadian working experience have the opportunities to extend their stay and apply for PR. Candidates will need to meet eligibility requirements and provide required evidence/documents.
TOP CITIES FOR STUDENTS
Lifestyle

Live the Canadian way of life

You will typically need at least 1000 CAD/month to live comfortably for most provinces, such as Quebec and Montreal. However, your living costs will vary considerably depending on your location and spending habits. Your living cost will be much more expensive if you choose to live in big cities such as Vancouver and Toronto.

Most affordable city in Canada for students

Aside from looking for the BEST most affordable study program, it is also important for students to understand the monthly living cost required for the study duration. Listed below is the list of cities in Canada ranked from the most affordable living costs to the least and most expensive city to live in.

Sherbrooke is called the “Queen of the Eastern Townships” as it is the economic, cultural and institutional center of the region. Surrounded by mountains, lakes, and rivers, it is a city with both historical & cultural sights and natural attractions. Sherbrooke is the unofficial “student town” of Quebec, situated approximately 160 km east of Montreal. Sherbrooke has the highest concentration of students in Quebec, with 40,000 students spread over 8 universities.  Living costs in Sherbrooke are 15.6% lower than the national average.

Montreal is a renowned city known for its neighborhoods varieties filled with numerous art, entertainment and dining options. Comparing Canada metropolitan cities all together, Montreal offers the most affordable average student rent at $641, the lowest transportation cost at $85/month, the lowest dining out and gym costs. The city’s most famous student districts include the Plateau, The Village, Côte-des-Neiges, and Downtown.

Edmonton houses the largest mall in North America, West Edmonton Mall (the largest mall in the world from 1981 until 2004), and Fort Edmonton Park, Canada’s largest museum of living history. Edmonton. Edmonton is the host for the oldest and biggest Fringe Festival in North America every summer. The Edmonton Folk Music Festival has also been known as one of the best in the world. Popular student neighborhoods include Strathcona near Whyte Avenue, and Parkallen for its proximity to U A, LRT access, walking and green space.

Calgary is the main urban center of the southern part of the Alberta province and is surrounded by a vast beautiful region with a resource-rich natural environment. With their proximity to the oil and gas industry, the Calgary Schools are known for the quality of their engineering programs as well as business, medicine and agriculture. Popular student neighborhoods include Sunnyside and Kensington, for their walking and transit access, and Connaught, which is just a short C-train ride from U of C, and for its near proximity to 17th Avenue SW, the city’s nightlife hub.

Ottawa is a city with a culinary community, exclusive shopping districts, a vibrant local music, a fine art and an exciting nightlife scene. Ottawa schools are renowned for their political, business and journalism programs in the nation’s capital. The vicinity of student districts include Old Ottawa South, with state-owned homes apartments, as well as Centretown / Little Italy / Chinatown.

Vancouver is a well known urban city surrounded by nature. Vancouver is renowned for offering all kinds of outdoor sports and adventure, from the winter sports to kayaking and water adventure in the summer, and hiking and biking throughout the year given the proximity to both mountains and the ocean.   The vacancy rates in the Vancouver rental market are extremely limited at 1%, making rental rent expensive to get by. Students typically choose to live in Dunbar Southlands, Kitsilano and Kerrisdale.

Toronto is known for its high-rise buildings and skyscrapers. It houses in the tallest free-standing structure in the Western Hemisphere, the CN Tower and it is just a short drive away from Niagara Falls. The city is home to many post-secondary institutions such as the number 1 university in canada University of Toronto, Ryerson University, York University, George Brown, Seneca, Centennial, and Humber Colleges. Popular neighbourhoods include the Annex, Kensington Market, and Chinatown. Liberty Village and City Place are also a popular choice should one prefer to share a condo with roommates.

Top universities in Canada offers highly competitive and generally more affordable tuition fees among other English speaking countries such as USA and UK.

The best study opportunities highlighted below 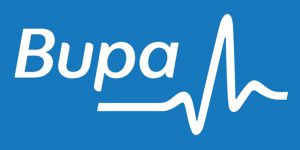 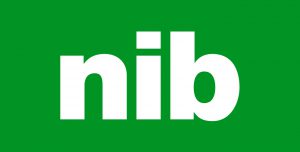